Seat belts are designed to protect you in the event of a car crash. When your seat belt fails to work properly, it can have serious consequences. You may suffer severe injuries or even death if your seat belt is defective. If you were injured in an accident because of a malfunctioning seat belt, a skillful and caring attorney can help. A Lancaster seat belt failure lawyer at Haggerty & Silverman will get you the compensation you deserve.

According to the National Highway Traffic Safety Administration, seat belts saved the lives of over 12,000 people in the United States in 2012. However, a defective seat belt can have the opposite effect. A malfunctioning seatbelt can result in death to the person wearing it. A seat belt defect is generally the result of poor design, manufacturing, installation, or some combination of the three. Seat belt failure is usually caused by one or more of the following:

In February 2016, Toyota announced a safety recall of its RAV4 vehicles for a seat belt separation defect.

In the mid-1990s, at least eight million vehicles were recalled due to faulty Takata seat belts.

If your vehicle is part of a seat belt recall, it’s important to get the issue fixed in a timely manner. 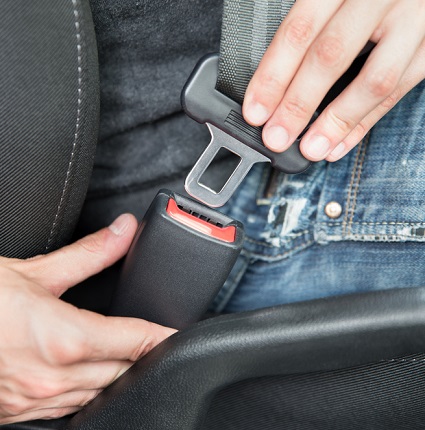