A Brief History Of RoundUp

RoundUp has been on the market since the 1970s. The key ingredient is glyphosate. The EPA states 100 million pounds of RoundUp is used on crops each year. Additionally, EPA officials maintain glyphosate is safe for humans.

In large quantities, glyphosate causes cancer. Scientists are also worried that even small exposure may be dangerous. In 2015, The International Agency for Research on Cancer found glyphosate is carcinogenic. Over 13,000 cases filed about the link between glyphosate exposure and cancer are in court today.
Plaintiffs also claim the Monsanto, the maker of RoundUp, undermined the IARC review. Evidence supports this claim. They manipulated the scientific findings and stated glyphosate was not in fact cancer-causing.

There are over 13,000 cases filed against RoundUp. The most recent trial finished on May 13th, 2019 in California’s Alameda Superior Court. A couple by the names of Alberta and Alva Pilliod were users of the weed killer since the 1970s.
The jury needed two days to conclude Alva’s non-Hodgkin’s lymphoma diagnosis in 2011 was due to RoundUp. The court awarded $55 million in damages and $2 billion in punitive damages.
A similar weed killer case won $80 million. And a gardener who developed non-Hodgkin’s lymphoma won $289 million.

Monsanto plans to appeal, but not without scrutiny. The defense asked jurors what it would take to prove RoundUp is safe. A juror on the last case replied, “I wanted you to get up and drink it,” to the defense attorney. This is in reference to the attorney stating RoundUp was safe enough to drink.
But Roundup faces another hurdle. A judge has ordered weed killer maker into mediation to seek settlements before going to court. Additionally, Ken Feinberg is in charge mediation talks. Feinberg handled the 9/11 fund and several Catholic church abuse funds.

If you experience negative side effects from RoundUp, seek legal help. File a lawsuit for weed killer cancer compensation. As research continues, more scientific findings are proving glyphosate causes cancer.
Hire a professional legal representative to represent you in court. Hiring an experienced attorney will help you through the legal process.

If you or a loved one has worked with RoundUp and developed non-Hodgkin’s lymphoma, we are here to help you. Our lawyers at Haggerty & Silverman hold the wrongdoers accountable. We fight for your rights. You deserve compensation that will cover your medical bills, pain, and suffering. Call or text us today at 717-397-3200 to speak with a professional member of our legal team. Or, use our online contact form to schedule your free weed killer cancer consultation.
We never charge you any legal fees unless we recover money for you. Consultations are always free. 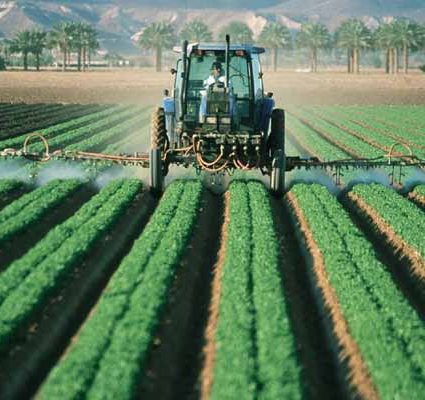