Trip Hazard Injury – One of our paralegals was at church when another church member approached her. His wife had tripped at a major department store and was seriously injured. They didn’t know what to do and just wanted to get some advice. Our paralegal immediately called our lawyers to get someone to help.
Later that day, one of our lawyers met with Cindy and her husband at Cindy’s hospital room. When people can’t come to us, we can come to them! We spoke to Cindy and discussed her situation.

Cindy and her husband were shopping at a major department store. While in the gardening section, Cindy tripped over a large black hose and fell into a metal rack. Her hip broke from the impact. She never even saw the hose!

The same day as her fall, Cindy had emergency surgery for a partial hip replacement. And, her doctor said she would need a full replacement in the future. But who was going to pay for all this medical care?

Medical Bills From A Fall Injury

Does The Department Store Pay The Bills?

Why Cindy Needed A Lawyer After Her Fall Injury

Cindy isn’t independently wealthy. She works a full-time job at the mall to make ends meet. Her husband works hard too. But, they are also in their 60s. All the money they have saved needs to go for retirement. Now, a simple shopping trip has turned into $55,000 in medical bills. And, Cindy will always have discomfort and pain in her hip.
The department store turned Cindy down. They claimed they had clearly marked the hose hazard. But, no one had shown her or us the surveillance video. We put in a request for the video footage. What we saw was shocking.
Our legal team was able to order the department store to preserve the video footage of the incident. Unless a specific request is made, stores often delete video footage after a short time. Sometimes, this is a matter of days.

When we discussed the video with the department store representative, they claimed it showed their innocence. The representative implied that maybe Cindy tripped on purpose. But, when we saw the footage there was something else going on.
The video showed Cindy walking through an aisle with dark shadows. You couldn’t see the black hose on the ground. Then, she falls. It is painful to watch. Minutes after the fall, store employees remove the hose. Then, the same employees put up orange cones. Not only was the hose never marked, but they also tried to hide their mistake! And, they tried to make it Cindy’s fault.

We prepared Cindy’s case for civil court. Our case for her was a solid premises liability issue. Once we had the video, it was clear the department store was going to lose this case. But, for how much?
Then, as we prepared the lawsuit, the department store’s lawyers reached out. They wanted to settle the case before trial, would we be willing to meet in mediation? We discussed it with Cindy and her husband and they decided to mediate.

After meeting in mediation, an agreement was formed. The department store would pay Cindy $450,000 for her injury. Cindy and her husband were glad about the results we were able to give them.

We helped Cindy, and we can help you. Trip hazard injury cases can be complex. Without a lawyer, Cindy would have been stuck with the bills. Even her health insurance gave her trouble about paying the bills!
We put a stop to that quick! Our experienced legal team went to work making sure bills were paid. We secured the evidence that showed the department store was at fault. Then, we negotiated a settlement of $450,000 for Cindy.
If you have a trip hazard injury, call or text us today at 717-397-3200. Or, fill out our online form and schedule a free consultation. We don’t charge you any fees unless we recover money for you. 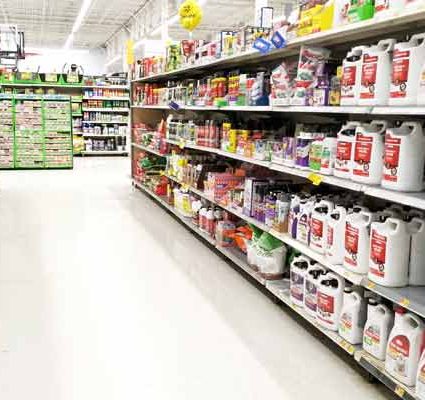