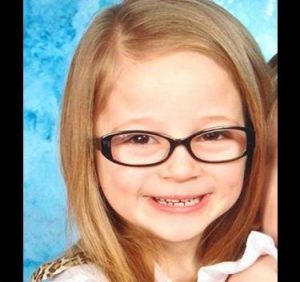 Every parents worse nightmare came true when little Jocelyn Royas was abducted in broad daylight by a stranger in Lancaster, PA on July 11, 2013. It was 4:30pm on this particular Thursday when a man lured the 5 year old girl into his car with ice cream.

Jocelyn’s mother frantically called 911 when she realized her daughter was missing. Immediately, the five-year-old’s picture was distributed to the public, firefighters and k9 officers. The Manheim Township Police and neighbors of the little girl set out to find her… not knowing what to expect.

Two teenage boys, soon to be hero’s, joined in the search. It was Temar Boggs and his friend Chris that were about to make a startling discovery. While out riding their bikes, looking for Jocelyn, they spotted a maroon colored sedan with a little girl inside matching the description of Jocelyn. The boys sped into action and gave chase after the car for 15 heart stopping minutes!

It would seem that the suspect noticed the boys following his every twist and turn and he pushed the little girl out of the car. Little Jocelyn came running up to Temar crying for her mommy.

“If he wasn’t gonna stop, I was probably gonna jump in the middle of the car,” recalls Temar, “As soon as the guy started noticing that we were chasing him, he stopped at the end of the hill and let her out and she ran to me and said that she needed her mom.”

It was almost 7 pm when Jocelyn was reunited with her family. Temar and his friend are being hailed as hero’s. And rightfully so! These two boys searched, found and followed a deranged kidnapper disregarding their own safety. Temar Boggs commented that he felt like “…I was on the best game of my life”.

This surely turned out not to be a game or a movie- but the story does have two hero’s.

When speaking with CNN affiliate WGAL, Temar replayed the course of events saying, “Every time we’d go down the street, he’d turn back around, and then … we’ll follow him.”

They truly are teenage hero’s.

Sadly, some great stories have bittersweet endings. Upon further examination, it was determined that 5-year-old Jocelyn Royas had been sexually assaulted.

Harold Leroy Herr, 73, of Conestoga Township has been charged with the alleged kidnapping and assault. He was arraigned today (July 17, 2013) on multiple criminal counts, including felony sexual assault, kidnapping, aggravated indecent assault, unlawful contact with a minor, corruption of minors, and worse by far… involuntary deviate sexual intercourse.

Authorities say Herr approached the five-year-old as she played in her grandmother’s front yard. He said, “You are pretty. I think I’m going to keep you.” He then grabbed Jocelyn by the neck and forcibly shoved her into his car.

The investigators then say Herr ordered the little girl to remove her clothing. If she refused, the 73-year-old man threatened to kill her. So she did what he demanded.

District Attorney Craig Stedman somberly commented: “That someone would threaten to kill a 5-year-old girl and then, not only not stop there but to proceed to sexually molest her in multiple ways, that is a monster!”

If convicted, this repeat sex offender Harold Herr will face the maximum sentence of more than 100 years in prison.

See, some stories do have a happy ending. 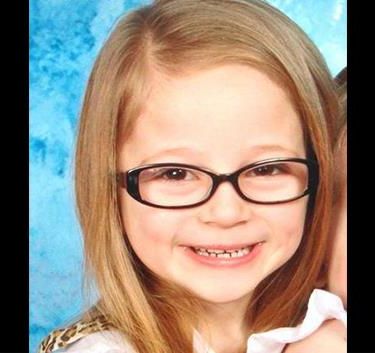