Cracker Barrel made national news when the popular restaurant chain accidentally served industrial cleaner as a drink. Although it may not have been intentional, the damage was done. You may be wondering if legal action can take place when the injury is accidental. In short, yes.

Here is everything you need to know about this situation:

A Cracker Barrel server in Tennessee thought they were pouring a glass of water for a customer. But, it turns out there was industrial cleaner in a pitcher. A customer took a sip and immediately knew something was wrong. By then it was too late. The man drank only a sip of the industrial cleaner, now he has permanent mouth and throat damage.

In 2017, a similar case occurred in Lancaster County. A 10-year-old boy and 4-year-old girl were mistakenly given lye in place of juice. These acts remain unintentional however, the neglect caused serious and permanent harm.

When the workers made the mistake of serving industrial cleaner and lye to patrons, there is clear responsibility. The business itself must have proper precautions and procedures in place to store all liquids in clearly marked containers. Additionally, employees must be properly trained to avoid mistaking cleaners for beverages.

The business has proven to have shown negligence to the patrons in this failure to foresee the possible consequences. Negligence is defined as:

For a successful claim, the injured person must prove the following:

All four elements must be proven to show negligence occurred and who is responsible for the injury.

What Was the Final Verdict?

In the case against Cracker Barrel, the trial was over in 3 days. A jury found Cracker Barrel liable for the damage caused to the patron. Deliberations lasted 30 minutes. Initially, he was awarded $4.3 million in compensatory damages. After another 10 minutes, the jury awarded an additional $5 million in punitive damages. The total award was $9.3 million. Unfortunately, the total was reduced to $4.4 million based on Tennessee’s tort reform rules.

Cracker Barrel revealed it is less than remorseful by sharing they are “disappointed” it needs to pay the patron it poisoned. “While we have great respect for the legal process, we are obviously disappointed by and strongly disagree with the jury’s award in this case, which involved an unfortunate and isolated incident that occurred at one of our stores eight years ago.”

It is frustrating that Cracker Barrel doesn’t acknowledge its role in the damage caused to Mr. Cronnon. This “isolated incident” doesn’t undo the harm caused to William Cronnon. A jury heard the evidence and decided Cracker Barrel was negligent and responsible.

Negligence can be accidental; however, those responsible shouldn’t leave you to suffer on your own. Almost every time, the injured person needs the help of an injury attorney.

Contact Haggerty & Silverman to discuss your situation with an injury attorney for free. We provide free consultations for personal injury claims. You don’t pay us anything unless we recover money for your claim. 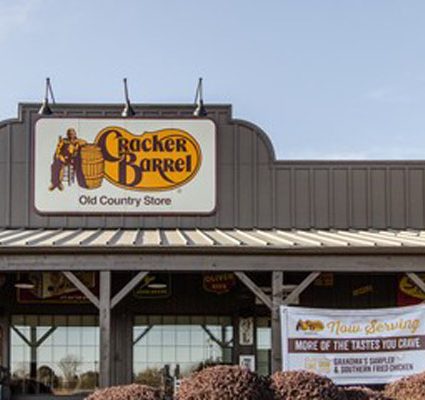