For women with pelvic organ prolapse, there aren’t many options. The Prolift mesh implant promised to fix certain medical issues, including pelvic organ prolapse. In the end, defective Prolift mesh caused more problems for a lot of women.
Johnson & Johnson, the maker of Prolift, did a lot of things wrong with this product. Fortunately, local juries see it the same way. A Philadelphia jury recently awarded one woman $80 million in her lawsuit against Prolift.

Johnson & Johnson sold Prolift in the US for three years before it had clearance from the FDA. The FDA learned about Prolift when J&J applied for approval of a similar product. The FDA approved Prolift in 2008.
In the three years before approval, a lot of women already had the implant installed. Even after approval, women experienced severe internal injury and pain. Why was this happening?

Prolift mesh proved to deteriorate over time. This failure causes the mesh to slice and damage internal organs. The damage creates further health complications. This type of mesh implant is defective because it does not last as intended.

4 years after getting FDA approval, Johnson & Johnson removed Prolift from the market. In 2012, the company decided to no longer sell Prolift mesh.

In 2016, the FDA classified pelvic organ prolapse mesh products as high-risk devices. Many of the products available were removed from the market. The FDA ordered another pelvic mesh manufacturer to stop sales in the US. In fact, the FDA rejected the two remaining products seeking approval.

If Prolift hasn’t been available since 2012, why are people still getting hurt? Prolift deteriorates over time. The mesh implant tears and rubs against organs and internal tissue – almost like a papercut.
When Prolift deteriorates, pieces can move to other parts of the body. It is difficult for a surgeon to remove all the pieces. Additionally, Prolift removal typically requires more than one surgery.

At Haggerty & Silverman, we help injured people. If you have injuries caused by a Prolift implant, call us today for help. You can call or text our office at 717-397-3200. Or, use our online contact form to schedule a free Prolift injury consultation.
Consultations are free. We never charge you legal fees unless we recover money for you. There’s no risk, obligation, or high-pressure sales pitch. 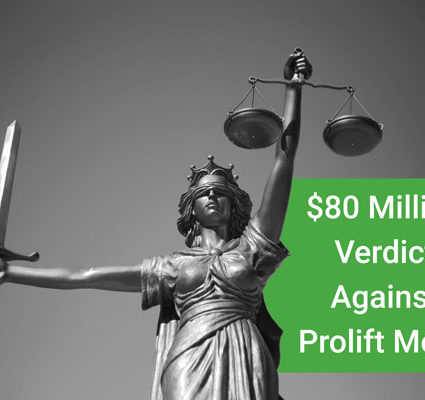