Paraquat is an herbicide that is widely used amongst farmers. The herbicide has been used for over 55 years as it is one of the most effective herbicides on the market. Paraquat is effective because of its high toxicity levels. The herbicide is so toxic that it is not available for purchase by the general public. Only licensed commercial farmers are eligible to purchase this highly toxic herbicide. Though the herbicide is known to be highly toxic, many farmers still choose to use it as it kills unwanted weeds and grasses that are resistant to weaker herbicides.

Paraquat labels warn users of the potential risks of using the product. The warning states that inhalation or ingestion of the product can cause illness and even death. However, new studies have shown that the use of Paraquat is also linked to developing Parkinson’s disease. There are now many ongoing lawsuits against Paraquat for its connection to Parkinson’s disease. If you or a loved one used Paraquat and have been diagnosed with Parkinson’s, you may be eligible for compensation.

If you have been exposed to Paraquat, you may develop Paraquat poisoning. This is a fast process, so it is important to be aware of symptoms. If you have ingested Paraquat, you will develop pain and swelling in the mouth and throat. Other symptoms that will follow may be:

Treatment will be aimed toward removing the chemical from the system. Depending on how severe the exposure is, the outcome of treatment will be different for each patient.

Paraquat poisoning is very serious and can be avoided by safely handling the product and avoiding contact with your eyes, nose, and mouth. Limiting exposure to Paraquat may also help lower your chances of developing Parkinson’s.

Evidence found by the United Parkinson’s Advocacy Council has shown that exposure to Paraquat may increase the chances of developing Parkinson’s by 200-600%. Though the herbicide is known to be toxic, it does not warn against the potential development of Parkinson’s.

Failure to warn consumers of all the potential side effects of a toxic product is negligent. Farmers have been diagnosed with Parkinson’s disease after using Paraquat for years, and they have been able to successfully receive compensation for their pain and suffering.

If you or a loved one has been exposed to Paraquat and has developed Parkinson’s you may be eligible to receive compensation as well. To find out if you are eligible to file a claim, talk to a trusted attorney today. At Haggerty & Silverman, we are here to help you. Schedule your free consultation to talk with an experienced lawyer and discuss your options. Contact us for your free consultation today. 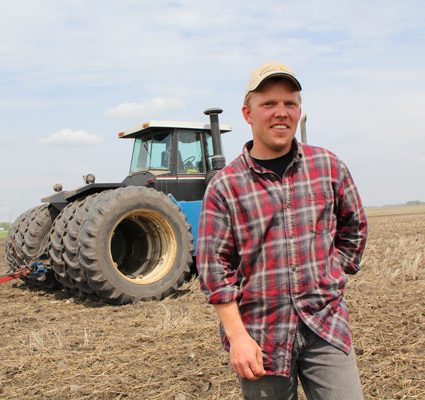