Nursing home neglect is a serious concern for families with loved ones in care facilities. Neglect of the elderly can lead to serious health concerns, injuries, and even the untimely death of a loved one. The former owner and operator of several nursing homes, including one here in Lancaster City, pled no contest to criminal neglect charges in one of his facilities.

Here is everything you need to know about the nursing home operator who pled no contest to criminal neglect charges:

Local police and the state Health Department notified the state attorney general of serious signs of neglect in patients at St. Francis. The state attorney general investigated St. Francis Center for Rehabilitation in Darby, PA. The investigation found that at least three residents died as a result of preventable medical conditions. Patients had signs of serious nursing home neglect, including:

Cause Of Nursing Home Neglect

According to the investigation, ongoing inadequate staffing levels caused or directly contributed to the widespread neglect at St. Francis. In March of 2017, officials filed a criminal complaint against the facility.

During the time St. Francis maintained low staffing levels, it was also highly profitable. Who is the person responsible for the increase in profits? Chaim Steg. Chaim ‘Charlie’ Steg served as regional operations director at St. Francis.

Staff testified to reporting employee shortages over 40 times, but Steg did nothing. One staffing coordinator testified she disobeyed Steg’s orders and hired nurses from an agency to ease her own conscience.

Chaim Steg avoided any serious punishment in a plea deal. Under the deal, he served several months of house arrest and three years of probation. He also paid $15,000 in fines and restitution. This is barely a slap on the wrist for someone with a key role in the willful neglect that caused the deaths of several elderly people. Additionally, Chaim Steg is barred for five years from overseeing nursing or skilled nursing care facilities.

Lansdowne Operating LLC and Catholic Facilities Operating LLC have agreed to pay $600,000 into a special account used for the care of St. Francis’ residents. The companies also agreed to pay $100,000 to the Center for Advocacy for the Rights and Interests of the Elderly. Additionally, over $500,000 has been paid to federal and state regulators.

If you have questions about possible negligent care of a loved one, talk to a local nursing home negligence lawyer. Contact Haggerty & Silverman for a free legal consultation with an experienced lawyer.

An ex-manager of a nursing home has been brought forth with formal charges after a deadly incident. The nursing home patients were neglected and as a result, died from neglect. 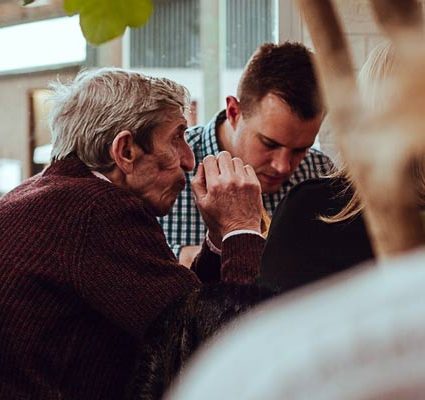