Ricky was a man we met after a motorcycle injury on 272. A car pulled out from a side street and Ricky had no time to react. His bike hit the car square in the back. Plus, he had just left a local bar. It didn’t look good. And the injuries were worse. But, we were able to help him get the money he deserved.

Lancaster County Is A Great Place To Ride

We’ve got a lot of great roads to ride in Lancaster County. It’s no wonder we see so many motorcycles on the road as soon as temps are above freezing. No one goes on a ride expecting to crash. In fact, most riders are extra cautious because we know drivers aren’t paying attention.

Ricky was on a motorcycle ride one afternoon. He stopped at a local watering hole on his way toward the Southern End. Ricky went south through Willow Street. He was in the passing lane when a driver pulled out from a side street. The driver pulled slowly into Ricky’s lane and there was no time to react. The motorcycle struck the middle of the car’s bumper and Ricky went down hard.

Few crashes like this go well. Ricky is no exception. He had several broken ribs. A scar on his head. Plus, he had a head injury that caused a concussion. He was in the hospital for a few days.

Ricky’s medical bills were getting out of control. He had insurance. But, like most people, he needed to pay his high deductible first. Once he did, insurance paid most of the bills. Still, he shouldn’t have had to pay those bills.

Time Off Work After A Motorcycle Injury

Luckily, Ricky’s employer was pretty understanding of the situation. Ricky needed off work for several weeks to recover. After that, he returned on light duty work for a few months. His boss allowed Ricky any time he needed for doctor visits and recuperating.

Not everything was easy for Ricky. After the crash, the other guy’s insurance wasn’t interested in paying the bills. They tried to blame him for having a couple of beers. Ricky came to us for a free motorcycle injury consultation. Our team sat down with him and listened to his story. After hearing his story, we discussed his options. Before he left, Ricky signed with us to represent him for his motorcycle accident.
Our team went to work immediately. We contacted the police department for the crash report. We set up a meeting with the witness so we could hear her side of the story. Our team contacted the other guy’s insurance and let them know they’d be talking to us, not Ricky.

Soon after we started working on Ricky’s case, the other guy’s insurance made an offer. $70,000. Was this a good offer? We took a look at Ricky’s current medical bills and estimated future medical costs. We advised Ricky to wait and he did. He also continued to see his doctor for ongoing treatment. Ricky still wasn’t better, but he was getting there.

We negotiated with the other guy’s insurance for a while. But, they weren’t moving much. They hoped to wait it out until Ricky was desperate. As they did this, we built our case against their driver. While we did, the court date grew closer.
Suddenly, the other guy’s insurance was very interested in settling the case before going to court. We got settlement offers rapidly. Sometimes, two or three a week. Each time, we called Ricky to let him know the offer and what we thought he should do. Finally, insurance came through with an offer Ricky was happy with. So, we agreed to settle the case before going to court.

In the end, Ricky agreed to a $300,000 settlement for his motorcycle injury. With our help, he went from fighting with insurance to on getting better. Our team took over the stressful tasks and kept him informed.
We went from the initial $70,000 offer to $300,000. And Ricky walked away happy. He can still ride and he doesn’t owe a dime for medical bills. Plus, he has a big chunk saved for his future.

At Haggerty & Silverman, we help people with their motorcycle injury case. If you or a loved one are injured by another driver, call or text us for advice. Our number is 717-397-3200. Or, fill out our online form to schedule a free motorcycle injury consultation. 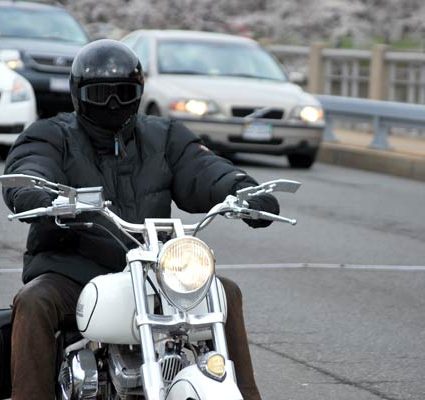