If you have an injury from a minor collision, should you talk to a lawyer? Check out this story about Alice. She came to our firm after another driver hit her car and did some minor damage. Did she need a lawyer? Would we be able to help her?

Alice was on her way to work in Lancaster. She was in the left lane on Walnut St near Route 30. As she drove, a car pulled from a side street on the right. The other driver stopped at the red light then proceeded onto Walnut St. There was enough room for the other driver to stay in the right lane, but the driver came across to Alice’s lane. The other driver hit Alice’s car at the front corner panel. This pushed Alice’s car into the median strip.

There wasn’t serious damage to Alice’s car. Sure, even a little damage can mean big repair bills at the body shop. But, the car was still driveable. The drivers exchanged information and spoke to the police. Alice drove the rest of the way to work in her damaged car.

It wasn’t until later in the day that Alice felt pain from the accident. She spoke to her doctor and the doctor recommended physical therapy. Alice scheduled her physical therapy. Then, she called us for a free consultation.

We spoke to Alice early in her situation. After listening to her situation and reviewing her insurance coverage, we discussed her options.

First, Alice had good insurance coverage for her situation. Her PIP would cover her immediate medical expenses for physical therapy.

Third, Alice had full tort insurance. In Alice’s case, this is important. Full tort means that Alice can seek compensation above the actual costs in this crash. She deserves compensation for her time spent at physical therapy. Alice should receive some consideration for her pain and inconvenience.

Alice continued her physical therapy as directed by her doctor. She went twice a week for several weeks. Since she works in Lancaster city, there was a physical therapist’s office nearby. It was inconvenient to take off work, but it could have been worse.

Alice left her free consultation with some great information. She felt good about her ability to handle it on her own. But, the other driver’s insurance tried to say Alice was 50% at fault. As a result, they weren’t planning to pay for their driver’s mistake. The insurance didn’t want to pay for Alice’s expenses. So, Alice called and asked us to represent her.

Our team went to work for Alice. We let the insurance companies know we were representing her and to direct all calls and letters to us. After taking over, we scheduled an arbitration with the other driver’s insurance. In arbitration, the mediator found the other driver was 100% at fault.

After arbitration, the other driver’s insurance paid Alice’s claim. And, even after she paid us, Alice ended up with several thousand dollars. It didn’t take us long to handle Alice’s claim, and she received the money she deserved.

Not every injury case is a multi-million dollar case. But, people get hurt in different ways. We believe in helping people when we can. If you have an injury, talk to an attorney for advice.

At Haggerty & Silverman, we handle all types of injury cases. If you have a minor injury, you should talk to an attorney. Contact us for a free legal consultation. 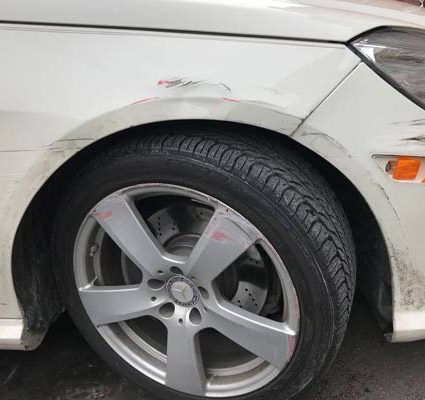