It Started With a Mammogram

In January 2015, Kim Johnson of Kentucky was tested for breast cancer. Her mother had passed away from breast cancer a few years prior. When Kim discovered a lump on her right breast, she decided to get a mammogram at Fleming County Hospital. What follows is a terrible story of a hospital’s medical malpractice cover-up.

Kim received a letter from the hospital with the test results. She was relieved to see that there was no evidence of cancer discovered. Kim spent the next ten months believing she was cancer-free. But, she still had unexplained pain in her breast.

Since there was no cancer, Mrs. Johnson followed her doctor’s treatment plan. Her doctor explained she had a possible staph infection. She treated with several antibiotics over the next 9 months. But, the antibiotics didn’t fix her pain or the lump. Mrs. Johnson wanted a second opinion.

When Kim went to a new doctor for a second opinion. She felt increasing pain in her right breast. The new doctor recommended another mammogram. It was then that she learned she did actually have cancer. If the cancer was discovered earlier, it would be easier to treat. Now, her doctor thought it would be too late to save her.

Cancer Was There All Along

Kim’s new doctor reviewed the previous mammogram. The doctor found the cancer was present in that first scan. Her cancer went untreated for too long. But, this was only the beginning of Kim’s battle against cancer. A staff member at the new doctor’s office suggested Kim should talk to a malpractice attorney.

Kim wanted answers. How did her cancer spread so fast? Why didn’t the first doctor find any trace 10 months earlier? She searched for answers but didn’t find any. Then, she talked to a lawyer.

Mrs. Johnson remembered that original letter. She was told she didn’t have cancer. She still had the original letter. But, the original scans did show she had something. Digital records showed the hospital sent letters advising her to seek follow-up testing. Kim never saw those letters because they were fake. The hospital created the digital records after Kim’s lawyer filed the lawsuit.

Kim’s medical malpractice lawyer hired a digital forensics expert. This expert was able to review logs of changes to Mrs. Johnson’s medical records. The logs showed specific changes to her files to make it look like the hospital did tell her about her cancer.

The hospital deleted the records that supported Kim’s claim of malpractice. In addition, hospital employees created letters, after her lawsuit was filed, to look like they had told Kim about her cancer. Hospital employees changed and deleted records to destroy evidence of their mistake.

The medical mistakes in Mrs. Johnson’s cancer diagnosis are terrible. The lengths the hospital went through to try to cover up these mistakes is appalling.

Kim Johnson didn’t want to work through cancer treatments AND a malpractice lawsuit at the same time. She’s a Christian woman, and she struggled with the idea of suing the doctor and hospital. Her case is important, not just for her, but for others that go through similar situations. 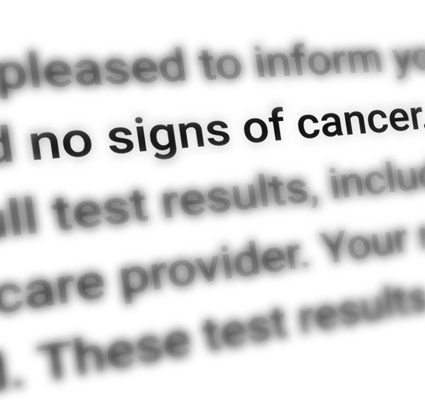