Injured In An Illegally Parked Car

In cities, there is hardly enough parking. Sometimes, you just need to park for a minute. Lots of people temporarily double-park. So you illegally park your car, or you’re the passenger in an illegally parked card and someone hits you. Injuries result in the aftermath of the car accident even though your car was not moving.

In most situations when a car hits another car the driver who caused the accident is at fault. This may seem like an open and closed case being the car was illegally parked…but this may not be the case. The most important factor is determining who was negligent.

Negligence happens when someone does not act with a duty of care toward others. For example, a person driving a car has a duty to not injure a pedestrian who is crossing at a crosswalk. Another example would be when a driver strikes a non-moving object, like a parked car.

Hitting a parked car is typically the fault of the striking vehicle. In the event someone hits an illegally parked car, both parties may be determined as negligent. The driver ultimately hit another car, and the car that was parked had parked illegally. Financial responsibility for any injuries may depend on comparative fault.

Comparative fault is when both parties’ contributions of negligence are taken into account. The court decides each driver shares a certain percentage of the blame. Both parties and their respective details of the incidence will be taken into account to determine fault. This means both drivers will share some burden of the accident.

Both parties are able to recover damages for the accident but the percentage of the fault is deducted from the total compensation. Therefore, if you receive a judgment for $35,000 in compensation and are at 25% fault, you will only receive $26,250. The court will deduct 25% as your share of the fault.

Who Is Liable For The Injuries?

Talk To An Injury Attorney

When illegally parked cars are hit by another driver and someone gets hurt, it is best to contact an attorney. Things can become complicated—and quickly. Talk to an injury attorney for advice about your situation. 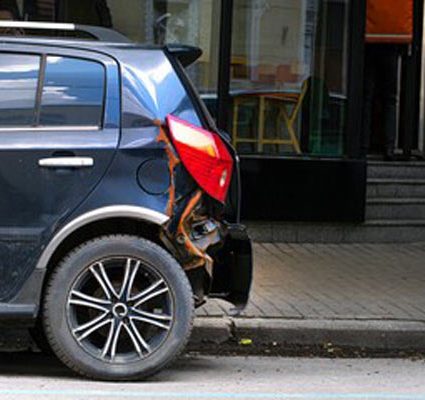