Dangerous drivers cause some of the biggest accidents. Their reckless actions put themselves and others at risk. Most drivers think they are safe. If nothing else, they believe they aren’t putting anyone at risk. But, most car crashes involve some kind of dangerous behavior.

Are you a dangerous driver? Take the safe driver quiz and find out!

Why is it important to have better than state minimum car insurance?

Many drivers try to justify speeding. But the truth is, the speed limit is a safety measure. The limit is meant to keep people from hurting themselves or others. Pedestrians suffer severe injuries at just 16mph when hit by a car.

Driving Too Fast For Conditions

Drivers must operate their vehicles at a reasonable speed based on weather and road conditions. In snow or rain, drivers must slow down below the speed limit. The same is true for nighttime, fog, and any other condition that is less-than-perfect.

Swerving And Drifting While Driving

Swerving is a sudden movement across a lane or lanes while driving. Drifting is a slower movement across the lane (or lanes). Usually, distraction causes swerving or drifting. The driver is not focused on the road and moves out of position. Additionally, drunk drivers swerve and drift too.

Tailgating is following another vehicle too closely. Some drivers get into a bad habit of following too close. Other drivers tailgate because they feel the driver in front is moving too slow. It doesn’t matter the excuse, following too closely is extremely dangerous. All vehicles should have at least 3 seconds distance between them. More distance is needed at higher speeds.

Ice Or Snow On Vehicle

While driving, vehicles should be clean and free of debris. This includes ice and snow. Any ice or snow causes a hazard for other drivers. In the video, you can see the injuries and damage caused by snow left on a moving vehicle.

It’s common in Pennsylvania to see frosted windows in the winter. Some drivers don’t clear ice from their windows before driving. This creates large blind spots.

Trucks With Blown Or Wobbly Tires

Many of us have seen scraps of tires along the shoulder on the highway. Usually, these tires come from big trucks. Many times, a truck driver knows when a tire fails. But, negligent truckers continue to drive with a failed tire. This causes a serious hazard for other drivers.

Failing To Use Safety Features

Another type of dangerous driver tries to drive without using safety features. This includes headlights, mirrors, turn signals, and more. Any time a driver can’t see the sun, they should use their headlights. Daytime running lights are nice, but they are no substitute for headlights when it is dark. Other drivers need to see and understand the intentions of the drivers around them. When they can’t, it creates dangerous driving conditions.

Now that we’ve shared some of the types of dangerous drivers, let’s look at how to avoid them. In almost all cases, the best way to avoid a bad driver is to pull over and let them pass. If they are in front of you, slow down to allow more distance between your car and theirs. When a dangerous driver is coming toward you, safely slow down. Pull off the road if you have to. Do what you can to safely avoid a collision or reduce the speed of impact. If you are hit by a dangerous driver, talk to an experienced injury lawyer.

We don’t like to call vehicle collisions accidents. Nearly all crashes involve some kind of bad habit or reckless behavior. Yet, many drivers don’t understand how dangerous their behavior is until it’s too late. Sadly, safe drivers get hurt because of the negligence of other drivers.

Our Pennsylvania vehicle injury lawyers at Haggerty & Silverman have recovered millions for people injured by dangerous drivers. Find out if you have a case with a free legal consultation. 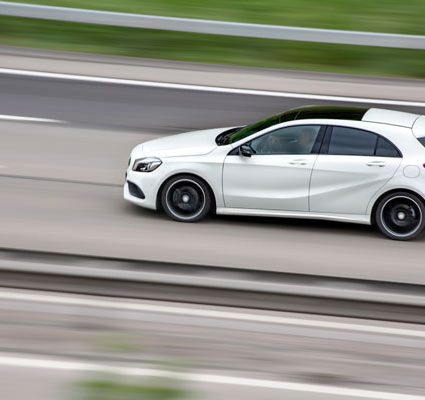