Avery Nichols came to us after his employer let him go. Mr. Nichols worked as a certified industrial journeyman. He had a foot injury on the jobsite the year before, and he wasn’t sure what to do. Avery worked for a subcontractor, so he knew his case was pretty complicated.

Avery had an injury to his foot while working. He was welding when a tow motor operator drove into his heel. Avery didn’t even see him coming because his welding hood was down. The tow motor driver didn’t even look before backing up over Avery’s foot.

He let his foreman know when the injury occurred. But, Avery thought he was okay. He continued to work, even though he had some pain. Mr. Nichols worked another three weeks before seeing a doctor. Since he had reported the injury, his employer’s workman’s comp. handled the bills.

For a year, Avery continued treatment with his worker’s comp doctor. But, Avery got to a point where treatment wasn’t making him better. Additionally, he was still having pain and a feeling like walking on nails. He had plateaued. His foot injury wasn’t going to get any better without expensive surgery. Then, things got complicated for Mr. Nichols.

Fired After A Work-Related Injury

It’s a common story. Avery was working with restrictions. His doctor recommended light-duty work to aid Avery’s recovery. After a work-related injury, some companies look for a reason to fire the injured person. The company Avery worked for let him go.

Avery’s injury is permanent. He isn’t able to earn the same income he had as a welder. It was a big change to lose that income. This injury wasn’t his fault, why should he lose so much? He started looking for legal advice. Mr. Nichols found a Lancaster work injury lawyer to help him.

Mr. Nichols was smart. He checked around and spoke to several injury lawyers about his case. We spoke to him somewhere in the middle of his search. Our attorney sat down with him and discussed Avery’s options. About a week later, Avery called us to let us know he wanted us to handle his case.

People like Avery deserve the best representation. Our attorney agreed to help him. Avery came in for a more in-depth meeting with our legal team. He then signed the paperwork for us to represent him. Now, we had to sort out and identify who was responsible.

In situations where the injured person works for a subcontractor, liability gets complicated. Avery worked for a subcontractor. The tow motor driver worked for a different subcontractor. A completely different contractor was in charge of the jobsite. This actually benefitted Avery in his case.
The legal team put together all the information to build his case. We tracked bills and doctor visits. In the background, we also kept in contact with insurance to try to work out a fair settlement.

We put together a fair settlement agreement considering his future income loss. But, the insurance company didn’t want to accept it. Insurance did agree to mediation.

So, we met in mediation to discuss Avery’s situation with a neutral party. The judge listened to both sides and gave his recommendation. He recommended both parties settle for $1 million. In that meeting, Insurance made a final offer of $800,000 to settle Avery’s case. But we knew Avery deserved better.

We took Avery’s case to court in front of a jury. This case took place in Harrisburg. Howard Silverman worked hard with the rest of the legal team to present the case. This case took four days in court.

A Harrisburg jury heard the case. After a few hours of deliberation, they came back in favor of Avery. The Harrisburg jury awarded Avery over $2.87 million for his injuries. This covers his physical injury, economic injury, and his suffering. Because the case took so long for insurance to settle, he also gets a delay damage award. In the end, the total verdict awards Mr. Nichols close to $3.8 million for his injury.

Haggerty & Silverman has been helping injured people since 1994. Our legal team has a commitment to provide the best representation.
Call or text us at 717-397-3200 to discuss your situation. Or, use our online form to schedule a free injury consultation.
We provide free consultations for all types of injury questions. Our lawyers help you understand your options so you can pick the best way to proceed. You don’t pay us anything unless we recover money for you. 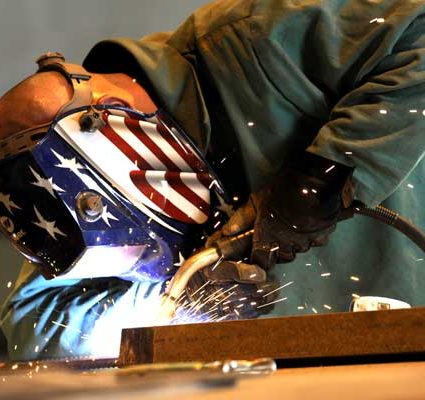