I like events that build up the communities where we live and work. Local fairs and carnivals are wonderful for the community. But, tragedy struck in Pennsylvania and New Jersey during the 2019 season. This isn’t the first case of a fair ride injury in our area.

We’ve read the state’s full report on this injury incident. On September 13, 2019, a horrific scene unfolded on the Giant Wonder Wheel at York Fair. After a loud crash-noise, fair-goers saw an injured man on the ground near the ride. Witness reports stated the man was not moving. In spite of the scene, we later learned the man survived the fall with severe injuries.

State investigators found one man fell from the Giant Wonder Wheel. He fell about 25 feet to the ground below. Additionally, the man has severe injuries related to the fall. Another rider, Colleen Steffan, was able to stay in the gondola. But, she has a back injury related to the incident.

This ride passed a safety inspection that same morning. The report from the state lists “mechanical failure” as the cause of this incident. While this may be true, it’s likely the failures of several protocols led to these injuries.

A tie rod came loose. A missing hairpin caused the issue. The pin either broke or was missing from the start. At this point, it is impossible to determine if the hairpin used was the correct part. But, several hairpins installed on the ride were incorrect.

There are conflicting installation instructions from the manufacturer of this ride. Differing instructions show hairpins installed facing in and out. Some hairpins installed on this ride were not original parts. In fact, several Ferris wheels in surrounding areas have incorrect parts installed. In some situations, ride installers are replacing original parts with substandard materials. These parts are not engineered for carnival ride use.

This ride has two operators. The tie rod came loose. But, an alert operator should have seen it. Additionally, the two riders tried to tell the operators before the incident. Apparently, the operators could not hear the riders because of a noisy generator nearby. One rider took a picture of the loose rod with his cellphone.

Many witnesses report hearing a loud crash. It is at that point the ride operators decided to unload the ride. The operators moved the wheel to unload each car. Still, it appears the operators did not watch the other cars. One gondola came in the loading zone at a harsh angle. The tie rod pinned the gondola.

The state of Pennsylvania’s report on the incident seems pretty clear. There are several problems named in the report that contributed to people getting hurt. But, the report states it was unlikely a rider could cause this problem. This puts the fault on the installers, operators, and manufacturers of the ride.

Chance Rides designs and manufactures amusement rides. This company made the Giant Wonder Wheel ride. They also made the Ferris wheel at Hersheypark. Incorrect/conflicting installation instructions may have contributed to this incident.

Deggeller Attractions owns and operates the Giant Wheel. The Wheel was located close to the fair generator station. This may have made it hard for ride operators to hear the distressed riders. Further, parts of the ride were incorrectly replaced or installed causing mechanical failure.

Deggeller owns and operates most of the rides at York Fair. They are a Florida-based company.

The Xtreme is a ride similar to rides at nearly all fairs and carnivals. In fact, when I was little, this was the first kind of carnival ride I rode. I remember being so scared!

What I rode was called the Scrambler. The manufacturer calls it the “Super Sizzler.” It’s basically four sets of three benches attached to a giant X. The ride spins while benches rotate in the opposite direction to make it feel like they will collide. As they spin, the centripetal force pulls the riders toward the outside of the bench.

Death On The Xtreme

Tragedy struck when the ride ejected a 10-year-old girl while it was in motion. A helicopter airlifted her to a nearby hospital. An hour later, she succumbed to her injuries. Sadly, this young girl is not the first.

The Sizzler type ride is a staple at many traveling carnivals. This style of ride is responsible for five fatalities since 2000. There is no record of how many injuries from this fair ride. Many states now require seatbelts on this type of ride. New Jersey does not require seatbelts.

To reduce fair ride injury cases, state inspectors check all rides in New Jersey. The Department of Community Affairs checks each ride before issuing a permit. Likewise, the department did permit and inspect this ride. Officials found no problems at the time of inspection. It is still unclear exactly what happened and officials are still investigating.

Skelly’s Amusements has operated rides for this carnival for almost 30 years. They are based in Williamstown in Gloucester County. Skelly’s operates rides in New Jersey, Pennsylvania, and Delaware.

Wisdom Rides of America is the manufacturer of the Xtreme. The company is located in Merino, Colorado. In 2007, Wisdom notified Sizzler owners, recommending all owners to install seatbelts. If Skelly’s ignored this, it could be a serious problem for their defense.

Safety is always our top concern. We believe these community fairs are important. But, we also want to draw attention to safety. We want to improve safety to avoid tragedies like this in the future.

When To Call An Lawyer

Even if it is a minor injury, call an experienced amusement park injury lawyer for advice. Small injuries can turn into something worse. It is important to protect your rights. With serious injuries, a lawyer can get you the money you deserve.

The legal team at Haggerty & Silverman will get you the money you deserve. Call or text us at 717-397-3200 to discuss your injury with an attorney. Or, use our online form to schedule a free legal consultation.

Consultations are always free. You don’t pay us anything unless we recover money for you. Our office is in Lancaster, PA. 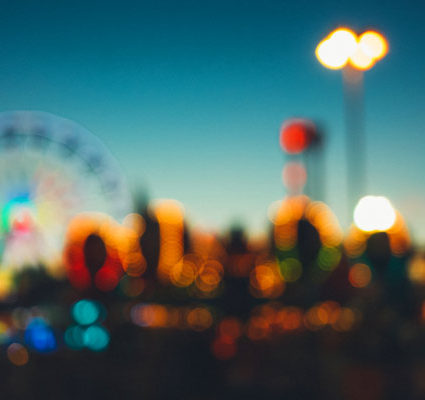