At least 38,000 people were killed in car accidents in 2019. These alarming types of statistics cause car manufacturers to continue to develop and improve vehicle safety features. The goal is to make each vehicle as safe as possible for everyone.

Most of us don’t remember a time when cars didn’t have seatbelts. But, in 1968 seatbelts were installed in every new vehicle as a safety feature. From seatbelts to self-driving, the list of vehicle safety features continues to grow.

Sometimes, people get injured by safety features. Airbag injuries are recent examples that come to mind. But what about daytime running lights? This safety feature may be causing more harm than good.

Here is everything you need to know about daytime running lights:

What Are Daytime Running Lights?

Increased visibility sounds like a good idea, right? So how can daytime running lights be dangerous?

For a time, several states banned the use of daytime running lights (DRL). The government regulations eventually allowed them to be included in cars on the road.

Opposers argue that the DRL are too bright, even though they are supposed to be dim. They state the lights:

Some drivers get confused about the difference between headlights and daytime running lights. When you understand the difference, you can easily see the dangers of using DRL at night.

When you turn on your headlights, your dashboard lights also come on. However, DRL do not illuminate the dashboard at all. On well-lit streets, drivers may not notice their dash lights aren’t on.

DRL do not turn on vehicle tail lights. This can make them harder to see, or even invisible, to cars behind them. If you’ve ever followed someone at night, and their headlights weren’t on, it possible they were only using daytime running lights. This can be potentially deadly for other drivers on the road as they may not be able to a car in front of them.

While daytime running lights do provide light in front of the car, it is not bright light. Drivers depending on DRL at night won’t be able to see as well. This creates a serious hazard for pedestrians, bicyclists, and the driver themselves.

If a driver hits a car without proper lighting at night, who’s fault is it? Determining fault will largely depend on the circumstances of the crash.

Talk To A Lawyer

An injury lawyer near you in Lancaster County can help you. The lawyers at Haggerty & Silverman provide a free legal consultation. Contact us today to schedule your free consultation. 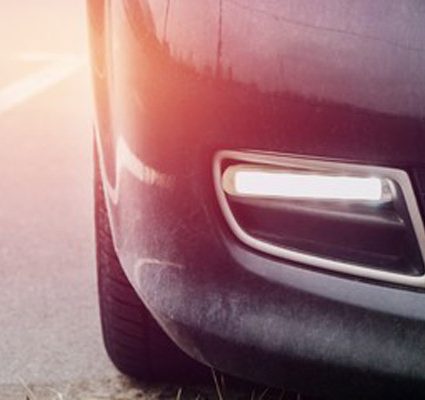