Turned Down By Other Lawyers

We weren’t the first law firm Terry contacted for help. In fact, Terry didn’t call us at all. Terry came to us through another law firm. Terry called the other law firm for help, but this firm didn’t think they could help Terry with his claim. The other law firm thought there were too many challenges and his claim wouldn’t recover much money (if any).

The larger firm didn’t believe the claim was worth much money. In fact, Terry had already tried to file a claim on his own, but it was rejected by the transit company. The larger law firm asked Randall if he might be interested in trying to help Terry.

Terry Gloster used public transit to travel to and from work. It wasn’t always convenient, because he had heavy tools to carry with him. But, Terry did what he had to do to support his family.

Terry got on a bus one afternoon and was making his way to a seat as the bus started moving. However, another person was late to the bus stop. The other person yelled for the driver to stop the bus. Suddenly, the driver stopped the bus. Terry Gloster was thrown forward with his heavy toolbox in hand.

The abrupt stop made Terry fall forward, he hit the floor hard. His clavicle (collar bone) broke. There was severe damage to the 3 major parts of the shoulder: the clavicle, scapula, and humerus. Terry lost complete use of his arm for a long time. As a result of his injuries, Terry required surgery and physical therapy.

Because of Terry’s injuries, he was not able to work. Terry is skilled, but his job involved a lot of manual labor. He would not be able to work without the full use of both arms. As a result, Terry lost his job and income.

Terry was unable to keep up with the bills and his rent. It was an impossible struggle. He lost his apartment. His grandmother was able to watch and care for his children, but she didn’t have enough room in her small apartment for everyone. Terry became homeless.

The bus company (and its lawyers) believed the company had a certain amount of immunity from Terry’s claim. Public transit is a government entity, which grants specific protections from civil lawsuits. However, it is possible to overcome government immunity under the right circumstances.

As we neared the end of our negotiation efforts, the public transit lawyers made a final offer of $40,000. This might sound like a lot of money – but this wouldn’t even cover Terry’s medical expenses. Or, his loss of potential future income.

We decided to take the case to court in front of a jury. It’s a hard decision for anyone in Terry’s situation to make. He had an offer of $40,000 on the table. But, if he went to court it would be whatever number the jury decided. What if the jury said Terry didn’t deserve anything?

Maximum Value Of The Case

We prepared Terry’s case for trial. In pretrial, the judge pulled the attorneys aside. He threatened Randall that he might force the case back to arbitration. The public transit lawyers thought they were definitely going to win.

Things got better for Terry in the trial. Randall and his team put together a solid case. We had experts testify to the extent of his injuries and lost income. Randall did a great job finding and pointing out discrepancies in the defense witnesses’ testimony.

Randall started picking apart the defense by reviewing the bus company rules for the jury.

Is it company policy for a bus to start driving before onboarding passengers are seated? No? Why not? Safety. Passengers must be seated so they don’t fall.

Is it company policy to abruptly stop a bus in a non-emergency situation? No? Why not? Safety. An abrupt stop could cause injury, even to seated passengers.

Every public transportation company has rules in place to prevent passenger injuries. But, the bus driver made several errors that directly caused Terry’s injuries. This is negligence, and Terry had serious injuries as a result.

The defense put the bus driver on the stand. The driver testified in support of their report of the incident. In the report, the bus driver stated Terry was on drugs and that was why he fell. But, Terry had just come from work. Randall was able to show Terry wasn’t on drugs, he was just a little tired from working all day.

Randall questioned a representative from the public transit company. The representative testified the company was completely unaware of the incident. Because the company claimed it was unaware, it denied Terry’s initial claim. But, this claim didn’t match the evidence.

Why did the transit representative deny knowledge of Terry’s injury? Randall pointed to the bus driver’s report – which clearly showed the public transit company was aware of the incident when it happened. When questioned again why the company denied knowledge of Terry’s injury report, the public transit representative pointed to the company lawyers and said they told him to.

It is important to remember, personal injury claims against a government entity in Pennsylvania must be filed within six months. If the injury claim misses this deadline, the claim is dismissed. Denying the claim was an early tactic to discourage Terry from pursuing his claim.

Another Aside With The Judge

Near the end of the testimony portion of the trial, the judge called the attorneys for a meeting in his chambers. This time, the judge advised the defense to make a really good offer to settle the case. The defense attorneys asked to take a break and discuss with the public transit company.

The defense reached out to Randall and Terry during the break to discuss a possible settlement. After some discussion, Randall had an offer to settle the case for $475,000.

Randall and Terry were doing really well in court. The defense looked bad, but they had really put Terry through a lot. Remember the insurance company would only pay up to $500,000. But, the decision to accept the settlement was still up to Terry. He wanted so badly for the jury to prove he was right – and he deserved it. It was a tough and very emotional decision. In the end, Terry decided to accept the settlement.

How The Money Helped Terry

At the time of the settlement, Terry was still homeless. One of his first purchases with his money was a multi-unit house. He lives in one unit and rents the others to cover his living expenses.

Terry also used some money to start a company and hire a few employees. He can’t do manual labor anymore, but he knows the business part of the industry.

With the house and his new business, Terry was able to move his children back in with him and provide them with a stable home. For Terry, this was the best payoff of all. But Terry stopped in the office to visit us soon after he was back on his feet. He gave Randall a t-shirt advertising his new company. Terry was taking his children to Disney, and it was all thanks to Randall’s hard work. What a great feeling!

Terry’s situation was dire. Many people don’t have a financial support system. When they have a serious injury, they experience a lot of these same problems. An injury can ruin their life. It’s unfair. That’s why we fight so hard for people just like Terry.

Case studies are actual cases handled by the legal team at Haggerty & Silverman. The names and certain details are changed to protect the identities of those involved. The settlement/verdict is the actual amount recovered in the case. 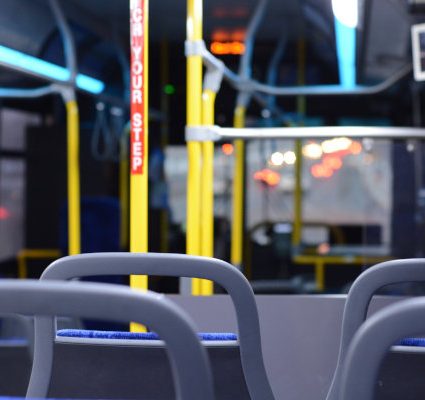