For many people, biking is a great form of transportation. Not only does biking save money, but it is also more eco-friendly and a great way to sneak in some exercise while getting from point A to point B. Cycling can even help you avoid traffic and save time during rush hour. Cars in bicycle lanes put bicyclists in danger. Could you have a successful injury claim against a vehicle in a bicycle lane?

Riding a bicycle in the city has not always been the safest option. It’s not the bicyclists’ fault. They are entitled to the same safe enjoyment of the road as any other vehicle. Negligent drivers on the road, especially in more congested areas, can cause serious harm to people on bicycles.

In an effort to make cycling safer for everyone, cities install bicycle lanes that are meant for cyclists only. Bicycle lanes are intended to provide a safe space for bicyclists. However, some drivers use them as turn lanes or parking spaces.

Parking in cities is often quite difficult. Finding a spot is especially hard during busy hours when congestion is high. Frustrated drivers looking for a spot will often look to the bike lane as a last resort. A driver might not understand the markings for the bicycle lane, mistaking the markings as parking space.

Vehicles are not permitted to be parked in the bicycle lane, but drivers looking for parking or a lane to bypass traffic may not care about the consequences. When cars take up space in a designated bicycle lane, it puts cyclists in harm’s way. There is no excuse for vehicles in a bicycle lane.

Instead of having a clear path free of moving vehicles, bicyclists have to ride around the vehicle obstructing the pathway. Doing so pushes them into lanes with vehicle traffic. This is very dangerous and puts bicyclists at risk of injury by a moving vehicle.

Definition Of Operation Of A Vehicle In PA

In August 21 of 2018, the Commonwealth Court ruled the definition of “operating a vehicle” also included how a vehicle is parked. Additionally, the PA Supreme Court upheld this ruling. This was a huge win for people injured because they had to go around an illegally parked vehicle. This case involved an illegally parked municipal vehicle in Philadelphia.

If you are on a bicycle in the city and become injured as a result of an obstructed bicycle lane, you may be eligible for compensation. Bicycle lanes are meant to protect the safety of cyclists and vehicles don’t belong there.

The owner or operator of the parked car is likely responsible for your injury, and you may receive compensation for your injuries. Every situation is different, and it is important to speak with a lawyer regarding your situation. 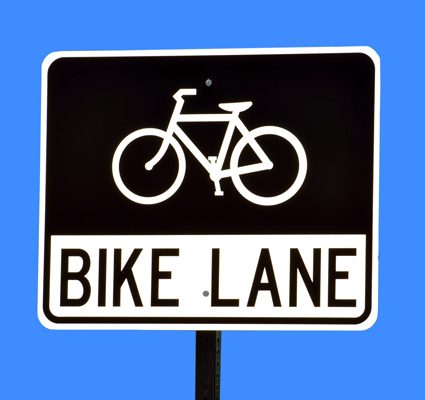