15 teenagers died, in 3 different auto accidents, in 3 days. It’s discouraging news as teen driving and deaths takes center stage. Parents and whole communities are mourning the loss of young lives that may have been preventable.

Car Crashes and Flips Into Pond

In Chicago, Illinois, 4 teens were found dead when a 2001 Mitsubishi was recovered upside down in water. Police suspect the car had plunged into a creek after the driver may have hit a patch of water or ice on the road and careened through a guardrail. The following day at the teens high school, there was a moment of silence, and today (Wednesday, March 13, 2013) all the school students and staff wore black in their honor. 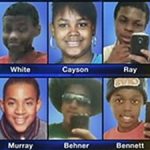 In Warren, Ohio, 6 teens lost their lives and two survived when the SUV they were driving crashed into a guardrail, flipped over and rolled into a nearby freezing cold pond. The ages of the teens ranged from 14 to 19. One of the survivors of the crash, 15-year-old Asher Lewis, told police that it felt like the SUV was going about 80 mph.

“The lady driving was playing around when she was driving,” recalls Lewis, “She was swerving and speeding. I think she was driving on purpose like that but I’m not sure why.”

The other survivor, 18-year-old Brian Henry, told investigators that he pleaded with the female driver of the vehicle (Alexis Cayson, 19) to slow down. But she didn’t. After the crash, Henry and Lewis escaped from the submerged SUV by kicking out the back window. They swam to shore and after calling out names of the other passengers (for 20 seconds or so) they ran to a nearby house to call for help.

Turns out that Cayson had lifted the keys of the car owner, her uncle, while he slept and stole the car for an apparent joyride. Also, she did not have a valid drivers license. 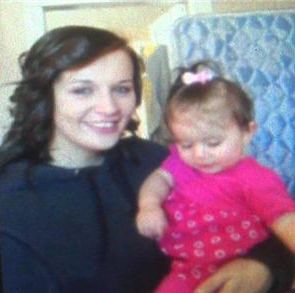 In Moore County, Texas, tragedy struck yet again when an SUV carrying 5 teenagers ran a stop sign and collided with a semi-truck carrying gas. Both the SUV and the gas truck exploded. All 5 of the teenage friends died and the truck driver was taken to a nearby hospital listed in critical condition.

Family members, co-workers and friends reminisced about their loss fondly remembering that all 5 teens were close friends. Inseparable. No one truly knows where they were going that fateful day, but there remain heavy hearts in towns throughout Moore County, TX. There will be a candlelight prayer vigil to honor the teens.

More than any other cause, statistics show that auto accidents are in fact the main cause of death among teenagers. Even more than guns, suicides and poisons, teenagers dying in accidents is highest. Although the National Highway Traffic Safety Administration adds that fatalities on a whole related to accidents is down over the years, that is not a sobering thought to friends and families who have lost their loved ones.

If you’ve been injured in a car accident or lost a loved one due to another driver’s negligence, call one of our expert Lancaster auto accident attorneys today! We’ve built a solid reputation of helping our clients rebuild their lives by fighting for their rights. Haggerty & Silverman focuses not only on winning cases but also understanding our clients with compassion and professionalism. Call or text 717-397-3200 or click here to tell us about your accident case.