As many bridges across the country are aging, we discover that many bridge repairs are neglected due to a lack of funding. It is easy to think something like a bridge collapse would never affect you, but it is important to know just how safe bridges are.

If you were injured in a bridge collapse, contact an injury attorney for a free consultation

On the morning of January 28th, 2022, just hours before President Biden was to deliver a speech on the importance of infrastructure funding, the Fern Hollow bridge in Pittsburgh, Pennsylvania collapsed. At the time the bridge collapsed, there were six vehicles on the bridge. Among these six vehicles was a bus.

Ten people were injured as a result of the collapse, three people were taken to a hospital for treatment. Not only did first responders make “human chains” to help rescue all of the victims of the collapse, they also relied on search dogs and drones to help get everyone to safety. This scary incident should serve as a cautionary tale and emphasize the importance of maintaining safe infrastructure in our country.

While no one died, people were injured. In a fall of this height, injuries can be serious and long-lasting. Is saving money on bridge repairs worth injured people and the cost to replace the bridge?

Aging Infrastructure And Lack Of Maintenance

The Fern Hollow bridge was 50 years old when it collapsed. There are over 617,000 bridges in the United States. According to BridgeReports.com, 42% of those bridges are 50 years old or older.

A bridge being 50 years old does not inherently make it dangerous. Each bridge has an estimated lifespan based on how it was made, used, and cared for. With proper inspection and maintenance, many bridges are expected to remain functional for 50-70 years. So, why did this steel bridge collapse after 50 years of use?

When a bridge collapses way before its estimated lifespan is up, there may have been poor upkeep or a poor constructional foundation. The collapsed bridge’s most recent inspection occurred in September 2021, just four months before the collapse. The recent inspection revealed that the bridge was in relatively poor condition. However, this specific bridge had a poor rating since 2013. Inspectors have been warning this bridge needed repairs for almost a decade before it fell.

It is important to recognize the Fern Hollow bridge collapse was preventable. The injuries and trauma those people experienced were preventable. First responders put themselves at extreme risk to rescue people in an event that was preventable.

Why Wasn’t The Bridge Repaired?

Many bridges across the country end up with poor safety ratings but never get the repairs they need. This is a problem that must be resolved before another bridge collapse causes injury or death. Yet, repairing or replacing a bridge is expensive.

Politicians on record blame a lack of funding for neglected bridge repair projects. However, lack of funding is no excuse. If the government fails to plan – it plans to fail. Infrastructure maintenance should always be a budget priority.

When a government entity neglects its responsibilities, people get hurt. In this situation, several people were hurt. In the future, it could be more severe. Without accountability, nothing will change and people will still be put in harm’s way.

Talk To An Injury Attorney

If you or a loved one suffer injuries in a bridge collapse, talk to an injury attorney as soon as possible. It is possible to recover compensation, but there is a tight time limit to file a claim against a government entity. An experienced injury attorney can secure your claim and navigate the legal hurdles for you.

Haggerty & Silverman is your trusted, local injury attorney. Our attorneys are licensed to practice in Pennsylvania, New Jersey, and Maryland. Contact us today for a free consultation with an injury attorney. 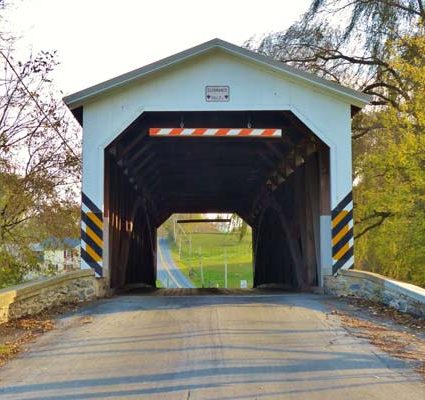