Summer is almost here. My family usually takes a day or two to visit at least one amusement park. Over the years, theme park rides have become safer. But, that doesn’t mean an amusement park injury is impossible. Let’s take a look at some parks that have made the news.

Talk to an experienced amusement park injury lawyer for help.

The Verrückt water slide was the world’s tallest water slide in 2014. The park was in such a rush to build the almost 170-foot-high ride, they skimped on safety. The park ignored major design flaws. They overlooked basic engineering standards in a rush to open the ride.
The park created the ride in about 20 months. From idea to the grand opening in that time. Over the next 2 years, this ride injured at least 14 people. This all led up to the death of a 10-year-old in 2016. The young boy was flung off the raft and he was then decapitated by a metal pole. The metal pole was there to hold safety netting to keep passengers from falling off the slide.

Another 2016 fatality at an amusement park. This time, at Six Flags in Texas. A woman riding the Texas Giant expressed concern she wasn’t secured. The ride attendant told her she would be fine. But, while on the ride the woman fell from her seat. She did not survive her fall.

Even Disneyland is not immune to safety problems. 9 people have died on Disneyland rides. According to Snopes.com, guests ignoring safety instructions and disabling safety features caused 7 deaths. Still, 2 deaths were the direct result of insufficient maintenance.

New Jersey’s Action Park closed forever. But, people still remember their crazy experiences at the park. This video on YouTube shows the park in operation. Additionally, the video clearly shows the dangers people encountered at the park.

Action Park had a ride that was shut down by the state after only 2 months in operation. Cannonball Loop was a water slide with a full upright loop. Many riders were unable to complete the full loop. As a result, riders fell and suffered many injuries.
There is a Johnny Knoxville movie called “Action Point” based on the real-life Action Park. We all know Johnny Knoxville is no stranger to injury. The movie portrays the park as a fun-but-dangerous place. The real-life park was responsible for several deaths and countless injuries. The park was eventually shut down because of the many injuries and lack of insurance.

Amusement parks have thrilling rides. But, it doesn’t make them immune to providing a safe experience. Rides aren’t the only place where people get hurt in amusement parks. We’ve helped people with trip hazard injuries, slip and falls, and more. Most amusement park injuries fall under premises liability.
Additionally, street fairs have a bad reputation for safety. But, street fair operators are just as responsible for providing a safe experience. If you’ve been injured at a street fair, you still have the same rights.

Amusement parks have no oversight from the federal government. Most states have some type of oversight. Six states do not have oversight and leave amusement parks to regulate themselves.

Haggerty & Silverman has been helping injured people since 1994. Call or text our office at 717-397-3200 to speak to a lawyer about your situation. Or, fill out our online contact form to schedule a free amusement park injury consultation.
Consultations are always free. We never charge legal fees unless we recover money for you. 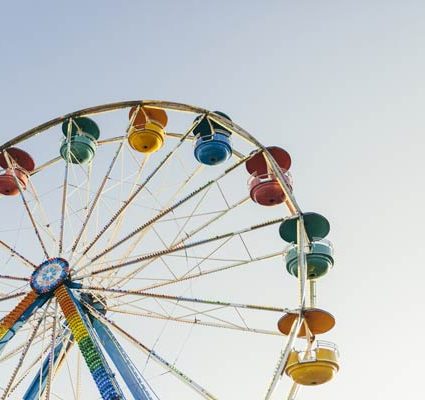